Janasamskriti firmly believes in gender equality. The organization has always encouraged women to come forward to the social front and work for the betterment of the society in general and of women in particular. Living in a city like Delhi which is notoriously famous for gender insensitivity and atrocities against women, those working in a progressive organization likeJanasamskriti have a vital role in creating and disseminating awareness in the society. A Women’s wing is working as part ofJanasamskriti. While it is very active in many branches, it is being now formed in certain other branches. Women’s wing addresses all issues pertaining to the female gender like domestic violence, developing gender sensitivity, ensuring safe accommodation for young women coming to the city seeking employment and developing preparedness to meet any possible assault at the workplace or elsewhere. The Women’s wing also conducts seminars and workshops with a view to enhancing awareness among women on various issues related to their gender and their day to day life. In some branches self-help groups work as part of the Women’s wing. These self–help groups instill a sense of financial responsibility among women and help them achieve a certain degree of financial self-reliance. Women’s wing members take active role in the other general activities of the organisation. They participate in all the other programmes including membership campaign. There is a central sub-committee to co-ordinate the activities of the Women’s wings working in different branches. 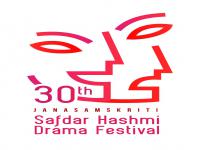